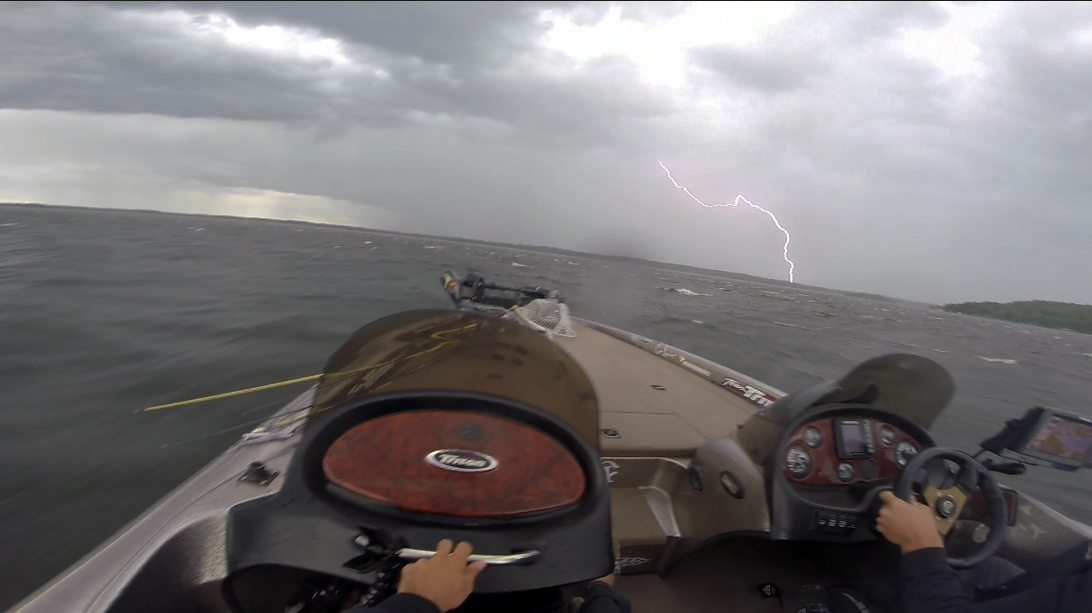 Justin Hill and myself (Daniel Fabiano) had the great opportunity to attend the Minnesota State Fishing Tournament during Labor Day Weekend this 2014 season. Having this opportunity as rookies from “Lakes Area Bassmasters” was not only an eye-opening experience to the ways of structured tournament fishing, but also helped us determine the personalities, drawbacks, regulations, stipulations that are present during your weekend around 200 of the best anglers from the state. Regardless, without getting into too many politics I wanted to share an experience Justin and myself went through on Lake Vermillion the day before the event during practice. We should have listened to other boaters, listened to our guy instinct on the water, and should have headed home when that gut feeling initially hit us.