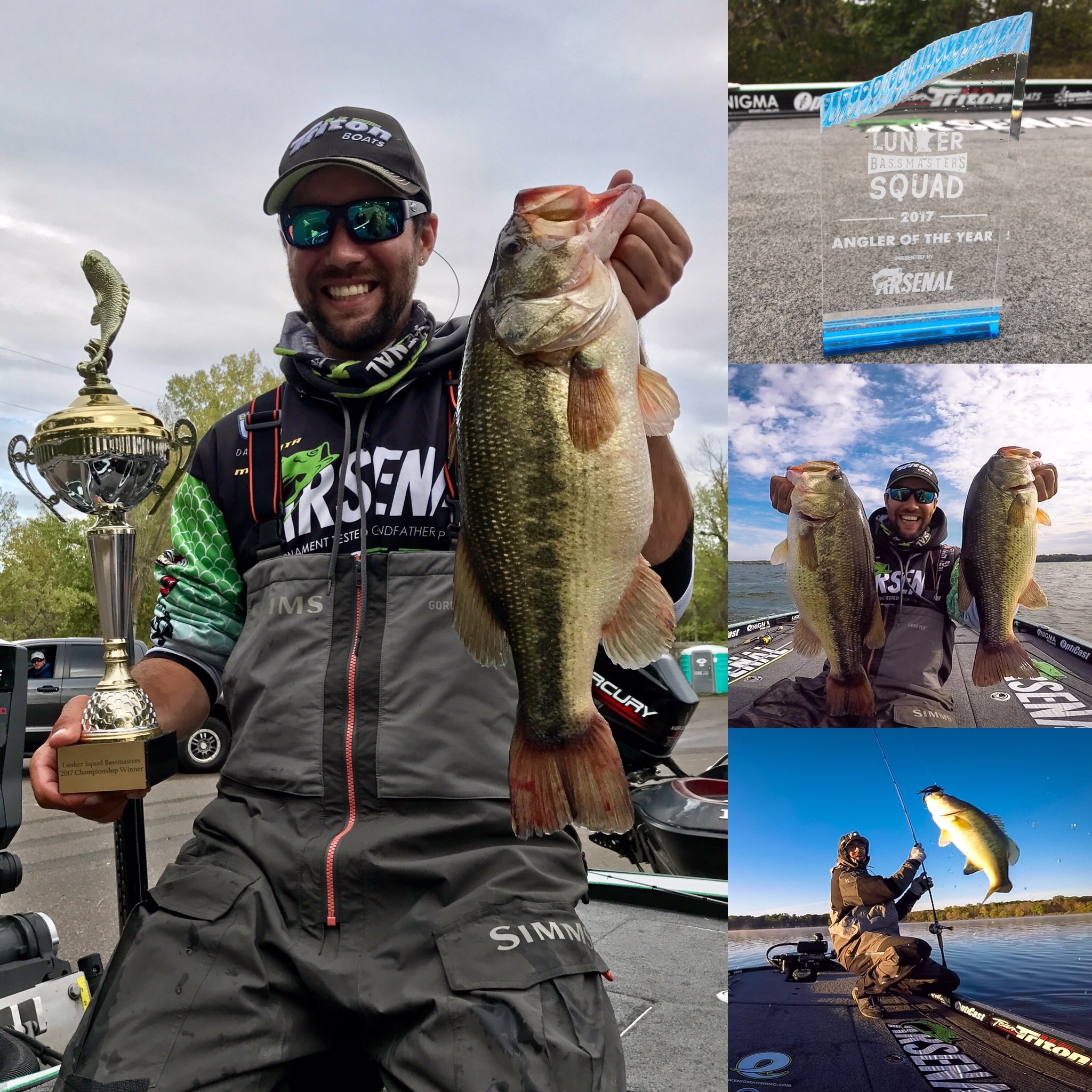 2017 was a great year for Lunker Squad Bassmasters. We exceeded our highest roster count, we had  8 club members attend the State Tournament up on Mille Lacs, and a majority of the gang saw a rapid increase in their own fishing progression. It is great to see anglers improve so much over the course of one season.

Be it as it may, each year we like to recognize the winners in the club for that season. In 3rd place was co-angler Justin Pinkerton. JP has proven to be the most consistent and dedicated co-angler apart of this club. Be prepared once JP gets his own boat, because he will be a force to reckon with. In 2nd Place was Andrew Toavs. If anyone had a solid shot of taking AOY and 1st Place in the club it was Andrew. Toavs proved to have a significant amount of progression in his 3rd year with the club. He trailed Daniel Fabiano all season, being shy of 1st Place by slim margins throughout the season. If Toavs did not miss his second to last event, it would have come down to Championship day to determine the overall club and AOY winner. Unfortunately he was unable to show to that event, which solidified Daniel Fabiano as the 1st Place Club Winner going into our Club Championship Event. Coming into Championship Day, Fabiano had the confidence not only that he took First Place in the Club, but was also determined to win the club Championship on Green Lake Isanti, soley from confidence and momentum. With that said, Daniel Fabiano had a CLEAN SWEEP in the 2017 Lunker Squad Bassmasters by taking 1st Place in the Club Standings, 1st Place in the Club Championship with 17-11lbs and Big Bass at 5-13lbs, along with Big Bass for the Season and Most Overall Weight. Nobody in club history has performed a clean sweep yet. 2018 will be full of surprises, upsets, and highlights and we all look forward to an awesome season. If you are interested in joining, please use the contact page!