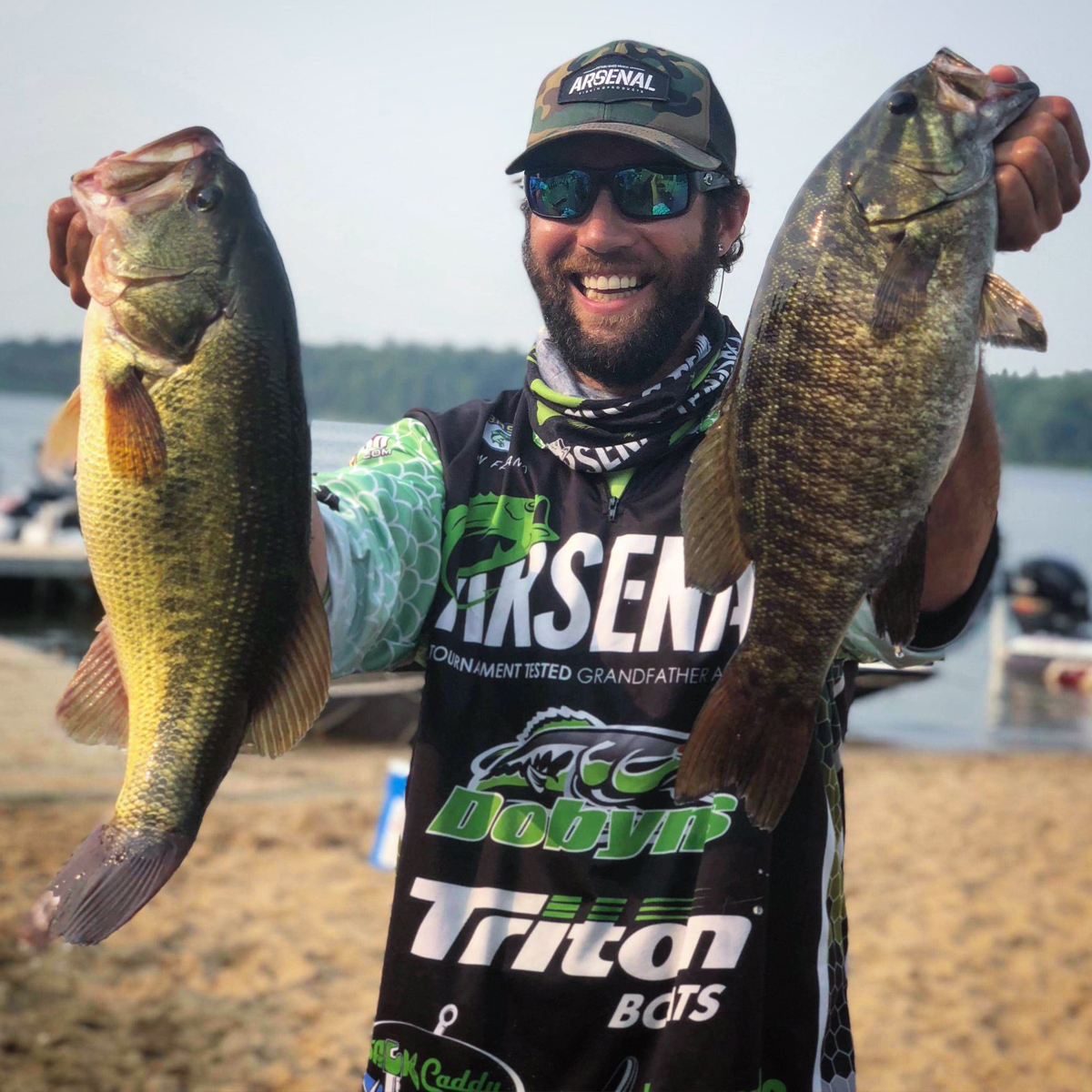 Following a shortened day one due to fog, Daniel Fabiano was filled with optimism for day two as he had more time to fish and mentally changed up his game plan for day two.

“I decided to share water with a club member on a large flat for about an hour in the morning and after only grabbing one small keeper, and knowing that we would have high sun, and calmer conditions from the day before I ran to the docks to grab a quick limit before the masses swarmed the shorelines,” said Dan.

This did result in a quick limit for Dan, but it was not going to propel Dan up the standings to make the MN state team.  “I had a bunch of stuff from practice up north, but was hesitant on taking the run. With a little convincing from my co-angler Jeff Pfeffer, we ran up to an island I was successful on in practice. Within my first few casts I was able to upgrade with a 2.9 lb fish to help the cause.”

Dan then ran across the bay to a long secondary point with deep water on the sides while the flat sat in about 4-8feet. The flat was bare apart from scattered cabbage and grass which held some decent numbers in practice, but the size was not present. Dan was casting into the dark areas on the flat, which was littered with perch and bluegill. 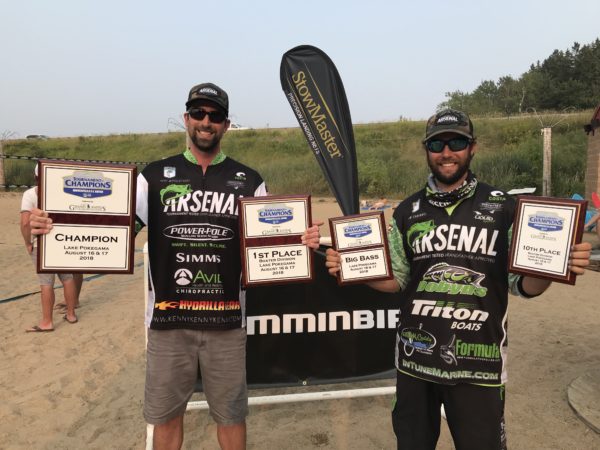 After about ten minutes up on the flat Dan picked up his 3/16 oz shakey head with a 3″ Arsenal BoomStick screwed on the end, and on his first cast he set the hook and felt something immediately dig into the grass.  “Feeling the strength, weight and how it was darting towards the boat I thought I had an enormous pike on the line. When it got closer to the boat I could feel that beast shake her head and knew it was a massive largemouth. It was stuck deep in the grass which started to really scare me. I was getting anxious and noticed I started to yank her up and stopped immediately before I made a mistake and just let her swim out on her own accord. The moment I gave her some slack, she immediately swam free and directly up to the side of the boat like she was ready to be done fighting. After a few scary jumps and thrashes, Jeff was able to scoop her up and we celebrated as I had pretty large screaming session and spaz on my front deck!”

On the next cast Dan had another largemouth around the same size come off, but this kept Dan in this area for another hour.  With thirty minutes left Dan went to a spot he had caught some three pound bass in practice.  “I thought it was extremely risky to take that drive to only have time to fish for maybe ten minutes max, so I decided to stop by my number one spot from both practices. I pull up and notice nobody was on the spot for once during the two day event, and I was going to be able to position myself exactly how I wanted to grab the fish I knew would be there.  I turned to my co-angler and said, if they are here, I am going to make State.”

Dan picked up a Neko-Rig with a 3/32oz Arsenal Pagoda Nail Weight tucked in the end of a 6.5″ worm and first cast caught a 2.12 and 3.10 to upgrade his limit.  His co-angler stopped fishing and told Dan that if he caught one more he would most likely be a contender to make the team.  Dan casted out and boom caught another 2.10 largemouth, “I started to freak out and shake so hard I couldn’t even continue to fish. Jeff looks at me in disbelief and says I think you are around 17 lbs now, I can’t believe that just happened.

“In disbelief myself – I told him I didn’t want to risk being late, so we packed up and headed to weigh-in. What an epic day that I will never forget for the rest of my life.”